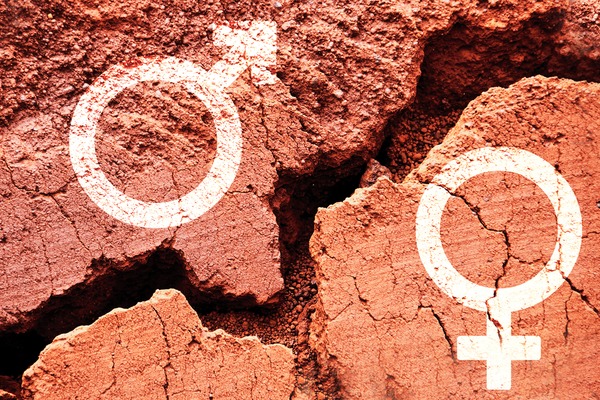 Australia slips backwards in global Gender Gap rank. Again.
Australia has slipped backwards again in the World Economic Forum’s latest Global Gender Gap Report.
In the inaugural Index back in 2006 Australia ranked a respectable #15 out of 115 countries.
A little over a decade later?  We sit at #44 out of 153 countries.

Last year we were #39. Australia is not even in the top 10 in the East Asia and Pacific region,
sitting below the Philippines and Laos.

The report measures the gaps between men and women in health, education, work and politics around the world.
The resulting index is a comprehensive, objective, scorecard on how women fare – compared to men – in individual
countries, as well as globally.

For anyone hopeful of gender equality being realised anytime soon, the results aren’t inspiring.

In the 2020 report Australia claims the #1 rank for educational attainment as it has in every report since 2006.
Females in Australia are virtually guaranteed the same education as men.

But when it comes to political participation and economic empowerment? There is a chasm.

Iceland took out the top position for the 11th year in running, followed by Norway, Finland and Sweden.
New Zealand, Ireland, Rwanda, Spain, Nicaragua and Germany round out the top ten.

The report estimates it will take 99.5 years – compared to 108 years last year – to close the total gender gap.
A narrow improvement but hardly cause for celebration.

The improvement can largely be ascribed to a significant increase in the number of women in politics.
The political gender gap will take 95 years to close, compared to 107 years last year. Worldwide women
now hold 25.2% of parliamentary lower-house seats and 21.2% of ministerial positions, compared to 24.1%
and 19% respectively last year.

The economic gender gap however will take an estimated 257 years to close – compared to 202 years last year.

The WEF says this is caused by stubbornly low levels of women in managerial or leadership positions,
wage stagnation, labour force participation and income. Women have been hit by a triple whammy.

They are more highly represented in many of the roles that have been hit hardest by automation, for example,
retail and white-collar clerical roles. Second, not enough women are entering those professions – often but not
exclusively technology-driven – where wage growth has been the most pronounced.

And, third, perennial factors such as lack of care infrastructure and lack of access to capital strongly limit women’s
workforce opportunities. Women spend at least twice as much time on care and voluntary work in every country
where data is available. And a lack of access to capital still prevents women from pursuing entrepreneurial activity,
which is another key driver of income.

What the WEF identifies as the greatest challenge preventing the economic gender gap from closing is women’s
under-representation in emerging roles.

Analysis conducted in partnership with LinkedIn shows that women are, on average, heavily under-represented in
most emerging professions. This gap is most pronounced across the “cloud computing” job cluster where only 12% of
all professionals are women. The situation is hardly better in “engineering” (15%) and “Data and AI” (26%), however
women do outnumber men in two fast-growing job clusters, “content production” and “people and culture”.

It presents leaders with two key challenges. More must be done to equip women with the skills to perform the
most in-demand jobs. The second challenge is more complex.  Even where women have the relevant in-demand
skillset they are not always equally represented. In data science, for example, 31% of those with the relevant skillset
are women even though only 25% of roles are held by women.

Likewise, there is no gender gap in terms of skills when it comes to digital specialists, however only 41% of these jobs
are performed by women.

These facts point to three key strategies that must be followed to hardwire gender equality into future workforces: to
ensure women are equipped in the first place – either through skilling or reskilling – with disruptive technical skills;
to follow-up by enhancing diverse hiring; and to create inclusive work cultures.

“To get to parity in the next decade instead of the next two centuries, we will need to mobilize resources, focus
leadership attention and commit to targets across the public and private sectors,” Saadia Zahidi, Head of the
Centre for the New Economy and Society and Member of the Managing Board, World Economic Forum says.
“Business-as-usual will not close the gender gap –we must take action to achieve the virtuous cycle that parity
creates in economies and societies.”

On a recent episode of ABC’s The Drum when discussing gender equality I made the point that Australia is
badly lagging the world. This report is confirmation. Predictably enough my comment prompted a slew of
replies telling me that I ought to be grateful I live in Australia. (The insinuation being that in ‘other’ countries,
women have it far worse.)

The reality is there are only a handful of countries in the world where there is something even resembling parity
between men and women and Australia is a long way from there.

For the vast majority of the global female population parity is not a reality and is unlikely to be a reality in their
lifetimes. How shameful is that? The fact there are countries that have closed the gap so significantly proves it’s
not an impossible objective. But without intent? Inequality will continue to flourish. As it does.

Georgina is a journalist, an editor, and a passionate advocate for gender equality. The former
lawyer is a regular media commentator, public speaker, MC and is the contributing editor of Women’s Agenda.