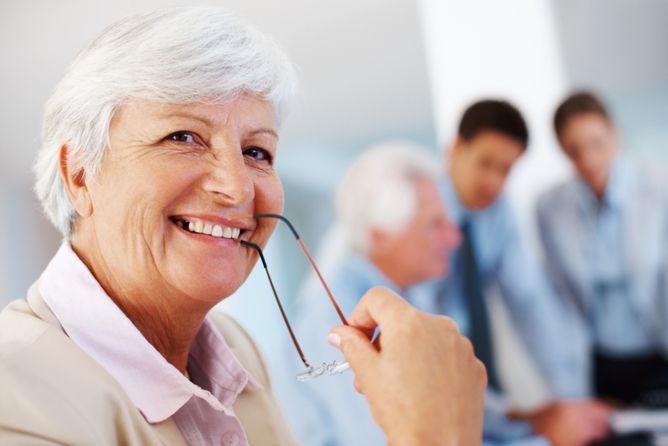 The Australian Human Rights Commission has overseen a report, Employing Older Workers, which was released recently. It shows that some progress has been made since the AHRC’s 2015 National Prevalence Survey of Age Discrimination in the Workplace, which is encouraging in the relatively short period of time since that previous survey.

The Hon Dr Kay Patterson, AO, Age Discrimination Commissioner with AHRC noted that ‘the digital divide’ between younger and older workers is shrinking, and the number of respondents indicating no age restriction at all in employing older workers has jumped in the four years between surveys from 29 per cent to 55 per cent. She says overall there have been some solid gains, but much remains to be done.

One of these issues is the finding that almost a third of Australian employers, ie 30% of respondents, indicated their organisation has an age above which they are reluctant to recruit workers. The majority (68 per cent) of respondents disclosing reluctance indicated that there is an unwillingness to hire workers over the age of 50. Specifying an age limit for recruiting workers is an illegal practice but has not been eradicated. A majority (nearly two-thirds) of respondents classified an older worker as 61 years of age or older, an upwards shift since 2014. And yet some employers do not even want to employ anyone over 50! This is despite two-thirds acknowledging that the departure of older workers has meant a loss of valuable skills and intellectual property within their business.

Dr Patterson also noted it was disappointing that more than half of the respondents said their organisation has no transition to retirement strategy in place for their workers and that very few offer intergenerational management or unconscious bias training to staff. This is significant because we know that flexible work is key to retaining older workers and also that both workers and managers often find it difficult to have conversations about ‘what’s next’. We need more change in this area. It is also of concern that only 26 per cent of organisations capture corporate knowledge when older workers leave, although roughly two-thirds of respondents acknowledge older worker departures have caused a loss of key skills and knowledge in their organisation (an increase of 17 per cent over the 2014 results).

CEO of COTA Australia, a national advocate for older Australians, Ian Yates said “At age 50 many workers are still optimising what they have to offer employers after several decades of honing skills. The new research should give government the impetus to bolster programs announced in the May Budget to increase workplace participation for older Australians. Australia’s population is ageing, which means we are living longer, we are healthier for longer and we can contribute to the workforce longer. However too many employers write us off in our prime.

“We need programs that incentivise employment of older workers, support their retraining and encourage flexible career development, and a government that is also prepared to punish employers who act illegally against Federal law and international conventions.”

Australian Bureau of Statistics data show that increasing numbers of people want to retire later (if at all). But as the report shows, many people over 50 years of age or older will not have the opportunity. Those older Australians who are excluded from the employment option in later life are forced to live on unemployment benefits or use their retirement savings before they reach retirement age.

As noted by Women’s Agenda, age discrimination in the workplace hits particularly hard for women who are subjected to a life-long gender pay-gap, as well as diminished superannuation.

The full report “Employing Older Workers” can be accessed through the Human Rights website.