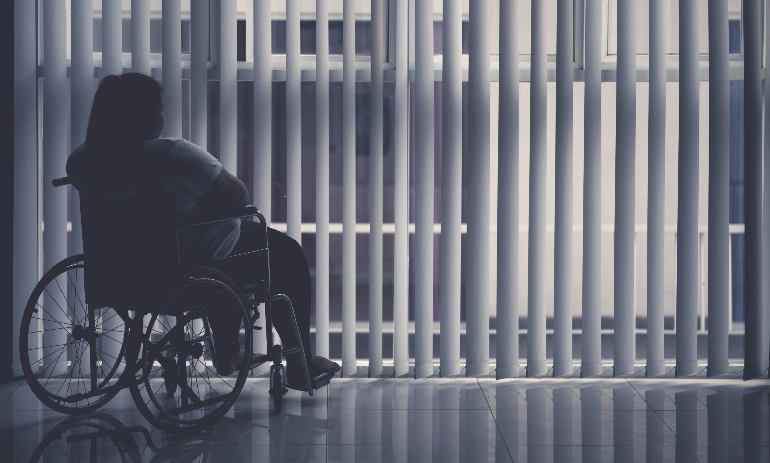 The article below is courtesy of the ProBono newsletter.

With independent assessments soon to become compulsory for National Disability Insurance Scheme participants, advocates are speaking out about major flaws in the process, which will prevent people from directly appealing a decision.

While people currently need to get reports from multiple health providers of their choosing to assess their NDIS eligibility, these new independent assessments (IAs) will be conducted by NDIS-appointed healthcare professionals using standardised tools.

IAs will also soon be a mandatory part of the plan review process, which determines participants’ NDIS supports and budget.   The Morrison government says these IAs offer a “simpler, faster and fairer approach” to determining eligibility, but disability advocates argue the process does not adequately capture the complexity of a person’s support needs and will lead to unfair outcomes for people with disability.

Advocates are extremely concerned by the inability to appeal an IA – because it is considered independent of the NDIS – despite appeals against NDIS decisions skyrocketing by more than 700 per cent since 2016.   There are fears people with disability will disengage from the scheme entirely because of their unwillingness to engage with IAs.

One advocate who has witnessed the IA process first hand is Autism Awareness Australia CEO Nicole Rogerson, whose 25-year-old son with autism, Jack, recently took part in an IA pilot.  Rogerson told Pro Bono News that while she entered the pilot with an open mind, it was soon apparent that the IA was a deeply flawed process.  She said as soon as the assessor arrived at her house, she immediately created a very formal environment, setting up her laptop and paperwork.

“She didn’t at all attempt to get to know [Jack], there was a little bit of small talk, but it was nothing really,” Rogerson said.   “She didn’t try and ease him into it, she just sat down. It was very formal. It was like going for a test.”

She said when the questions started, Jack was asked to comment on things which he did not fully understand.  For example, the assessor asked him to rate how his disability affected him at work, and Jack said it didn’t affect him, even though Rogerson said it clearly did.

“Then she would say, how are you taking care of your finances? How does your disability affect your independence there? And he was like, ‘oh, it’s fine. I’ve got a card and I can tap’ and that’s true,” Rogerson said.   “But she’s writing down the results and I’m thinking, hang on a second, does she understand that he doesn’t internet bank, he just knows how to go to the shop and tap and get something?  I can ask him to go down to the corner shop and ask for a litre of milk. And if they told him it was $5,000, he’d pay it.”

Part of the process involved showing the assessor how Jack functions at home. And even though Jack doesn’t have a physical disability, he was asked to take the garbage out.  Despite IAs soon becoming part of the NDIS plan review process, Rogerson said this kind of test did not offer an in-depth look at the things Jack needed to work on as part of his plan.

“Surely the types of things we talk to these people about could be very different to give them some insights, and then we could look to the parents or the closest caregivers or the schools or workplaces to get more in-depth guidance on what they need,” she said.

“Because you’re just not going to find out by sitting down and doing a questionnaire with a young man with autism. It might work for other disabilities, I don’t know. But [this IA process is] a very blunt shovel.”

Rogerson said she purposely stayed out of the assessment as she did not want to interfere with the process, but she could tell Jack was feeling uncomfortable and became concerned about his mental wellbeing.

Since it was only a pilot, Rogerson was able to put a stop to the assessment before it finished.   But she noted while Jack’s NDIS funds were not at risk during the process, this would not be the case for vulnerable families in the future who relied on the scheme for support.

“If I’m a relatively bright, educated, middle-class woman living in Sydney and I found it difficult to cope with, then what chance does somebody who might have English as a second language or doesn’t understand the complexity of the NDIS have [of coping]?” she said.

Despite the myriad of issues raised around IAs, an NDIS consultation paper reveals IA results themselves will not be directly reviewable by the Administrative Appeals Tribunal (AAT).

Samantha Connor, the President of People with Disability Australia (PWDA), told Pro Bono News this was especially concerning given AAT appeals against NDIS decisions have skyrocketed by 727 per cent since 2016.   She said IAs used a set of standardised tools which were unproven when it comes to assessing people for NDIS services.

“I’ve got a friend who’s a thalidomide [survivor] and has shortened arms and there’s no assessment for an upper limb deficiency, it’s just for people who are a below waist amputee,” Connor said.  “So there’s a whole bunch of issues where you might have to appeal one of those assessments and you wouldn’t be able to under the legislation. That’s a really big problem.

“And this is going to be the thing that determines the bucket of money that is allocated to you… and it’s not much good if you’re not taking [everything] into account at the time that you’re actually assessing people’s impairment.”

Rogerson said the inability to appeal IA decisions was a “highly cynical” move that took away an important right for people with disability.  She criticised the lack of consultation around the changes and the government’s willingness to forge ahead with the plan without listening to the disability sector’s concerns.  “You don’t get to see the [IA] report at the end and you certainly don’t get to appeal the assessment – it’s just all smoke and mirrors. And we know it’s bullsh*t,” she said.

“They want to bring some streamlining into the scheme and they’ve come up with this idea. The community told them it was a bad idea. I’ve test driven it and I’m telling them it’s a bad idea. But it looks like they’re hell bent on doing this.”

The NDIA expects that by mid-2021, IAs will be required as part of the access process.  By the end of the year, IAs are expected to be a mandatory part of the plan review process.

Connor said there was a real danger that people will disengage from the scheme entirely because of their unwillingness to engage with IAs.  She said she feared people will be dealing with huge levels of anxiety over this, because there was a real risk their funding could be taken away at any time or reduced.  She added that with this change, the scheme risked turning into something that was not what people with disability needed it to be.

“These changes have a real danger of changing the nature of the NDIS and changing the idea of what the NDIS was intentionally meant to be. And so that’s why the entire sector is opposing this,” she said.  “And the fact that the government is steamrolling ahead with pursuing this course of action is really of concern [and shows] they’re not listening.”

An NDIA spokesperson told Pro Bono News that IAs were not directly reviewable because the decision has been made independently of the NDIA.   They said people unhappy with an access or planning decision made by the agency would continue to be able to request a review and then appeal through the AAT if necessary.  But disability advocates say this will be of little use if the NDIA’s planning or access decision is based on a potentially unfair IA.

The spokesperson also said there was no direction to reduce individual plan costs or reduce NDIS access with the introduction of IAs, noting that the scheme was expected to increase support costs from $21.72 billion this financial year to more than $24 billion by 2023.

On the issue of consultation, the spokesperson said there has been ongoing discussion with peak bodies over the last two years and direct engagement with participants and their families and carers to inform the design and delivery of IAs, including through the pilot.

“We have also released a consultation paper on independent assessments and welcomed feedback from participants, their families, those in the sector and wider community,” the spokesperson said.   “We will continue to seek and use feedback from participants and their families through the pilot and consultation process before the rollout of independent assessments later this year.”

NDIS Minister Stuart Robert told Pro Bono News that the introduction of IAs was based on recommendations from numerous reviews and inquiries, including the 2019 independent review of NDIS legislation by senior public servant David Tune.